The United States’ postal system is an institution of renown, a conduit for objects and information older than the Constitution. Even now, amid financial difficulties and numerous competing ways to send things, it’s still remarkably effective - neither snow nor hail nor remote destinations nor heavy loads fazes the US’ army of postal workers. This raises a natural question: can we find something that does?

Out of related curiosity, over years I’ve mailed a slew of things I’d guess were new to postmen. These included a letter with a hole in the middle (arrived), a pentagonal letter (arrived), an origami crane (arrived), a pack of sticky notes with an instruction on the back for any postal worker reading it to take one note (arrived missing many), a dollar bill addressed like a postcard (returned, in an envelope, due to not having an envelope), a note in an envelope made of dollar bills (arrived), and a literal stick with an address written on it (arrived in a bag with an apology for any damages). A piece of crumbling bark, two letters tied together, and a spherical rock the size of a golf ball weren’t successfully delivered.

Why’d some of these objects arrive while others didn’t? The USPS’ regulations and pricing seem to assume that anything sent is either a letter or in a large envelope or box, but I haven’t found anything explicitly forbidding sending things without boxes. The lack of explicit rules probably means postal workers have a lot of leeway in deciding what to do with weird items, which makes sense and fits the data - I don’t see a sharp line that separates the successes from the failures above, but the failed items do seem a little more obnoxious.

There are an infinite number of ways to mess with the postal service, though, and alone I’ve tried only a handful. The theme’s worth some more variations. I once led a group of children at a summer camp in mailing random objects, but only so much is accessible in the middle of the woods. At the end of the spring 2020 semester, I and 11 other members of my physics cohort formed a group to mail each other weird things in the style of a secret Santa. The group, dubbed the University Society of Postal Shenanigans (USPS), finished its first round in June. Here are our results, ordered subjectively by the mailed object’s ridiculousness. 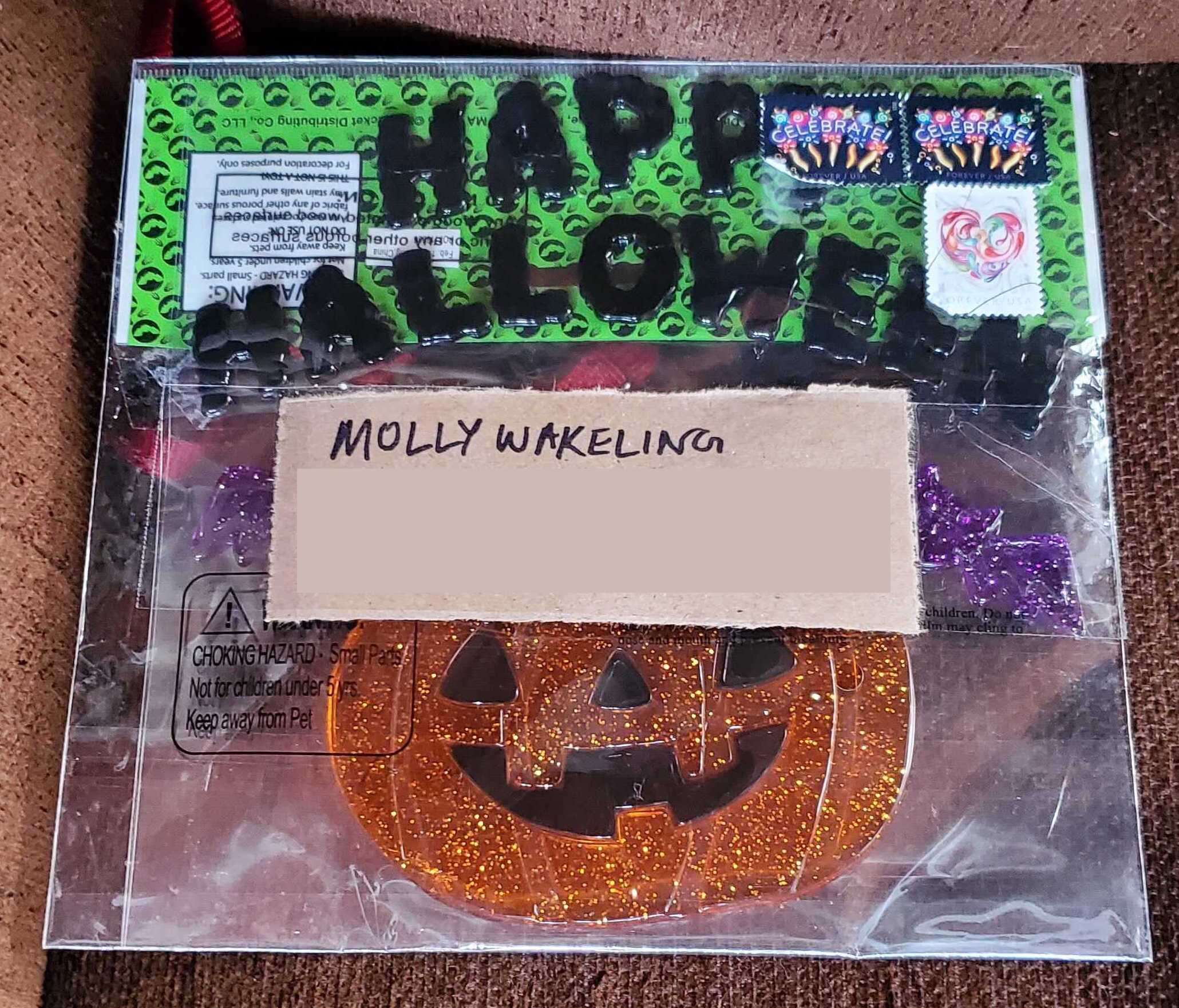 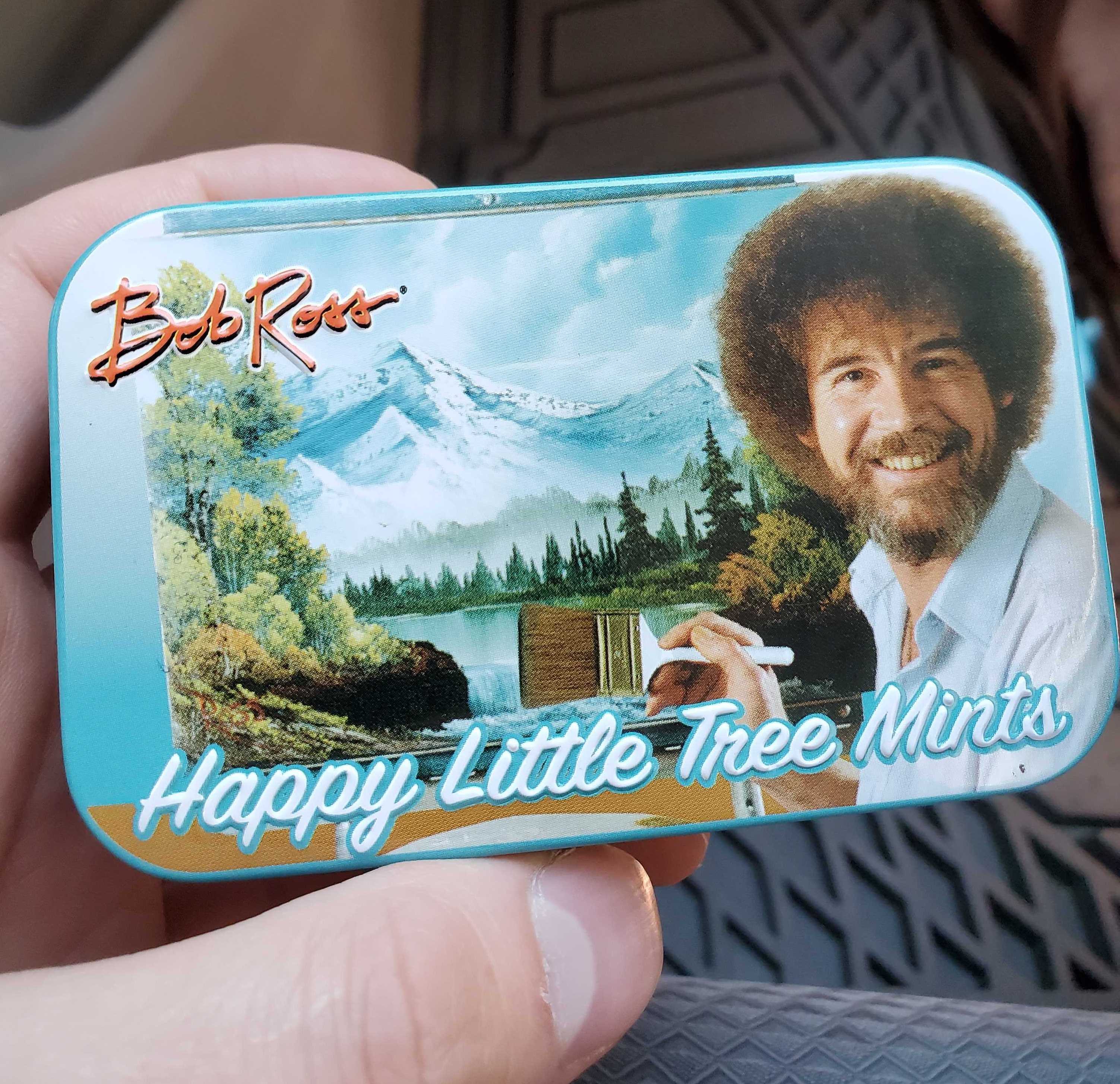 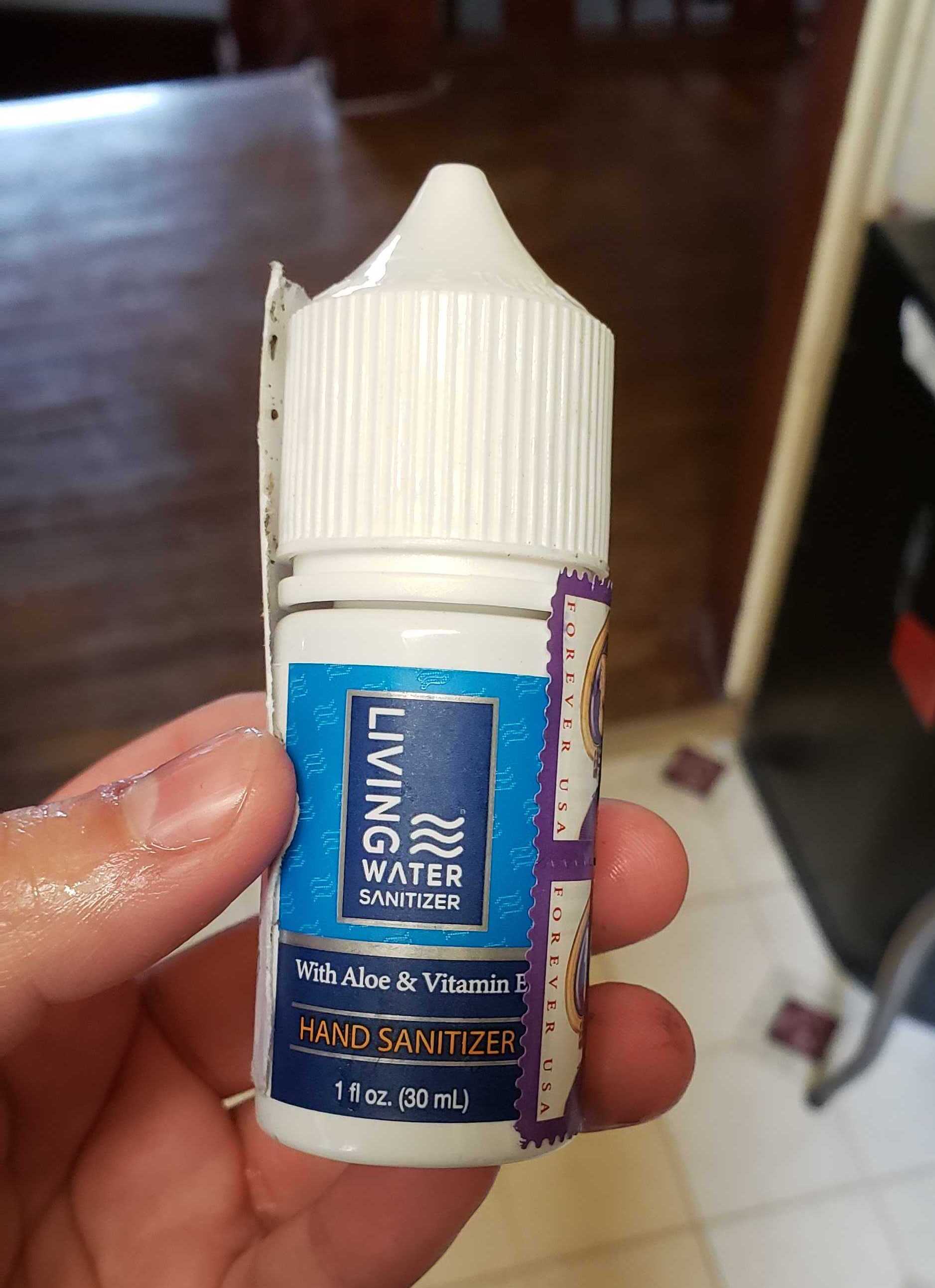 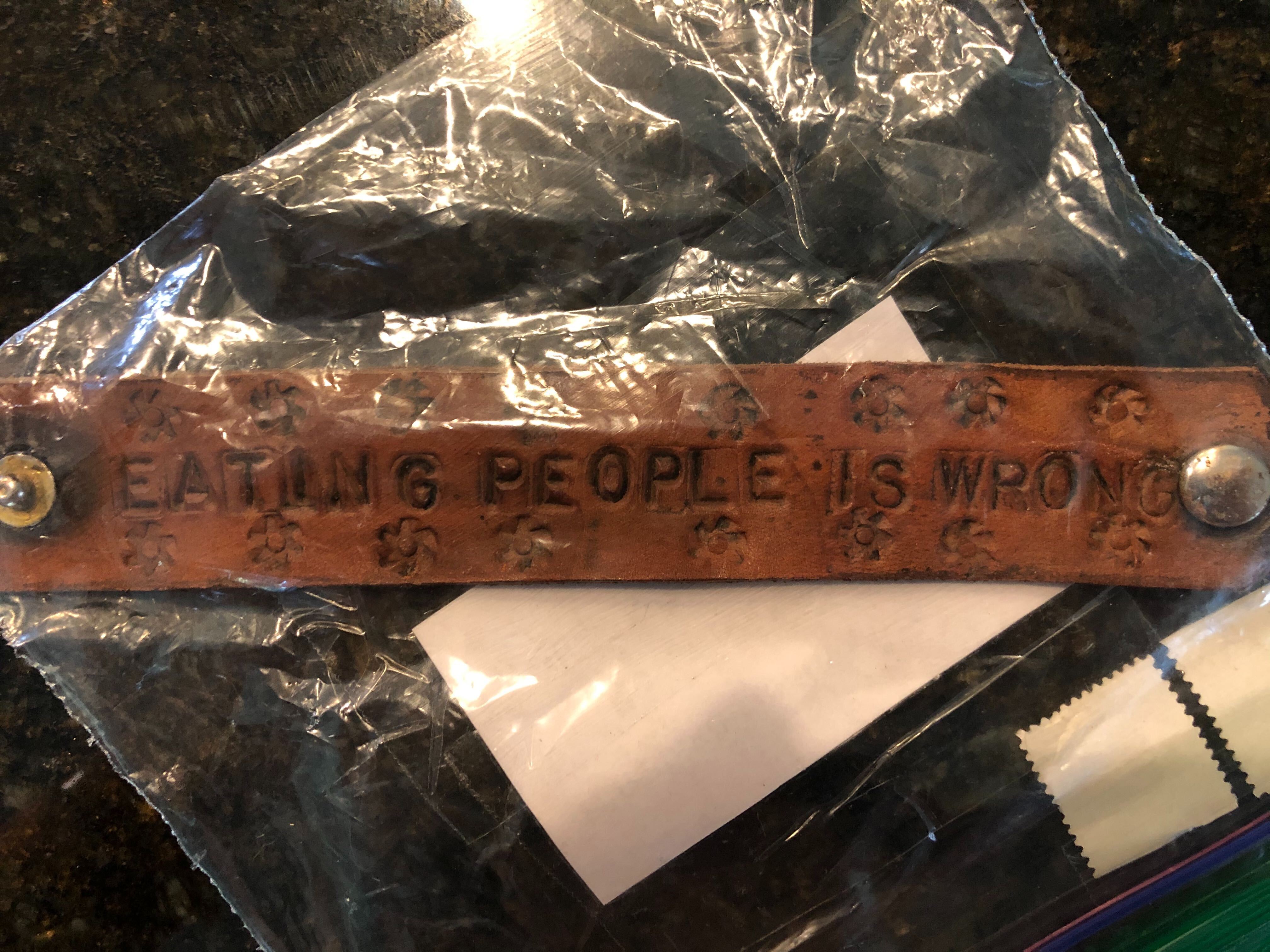 Delivered in a few days 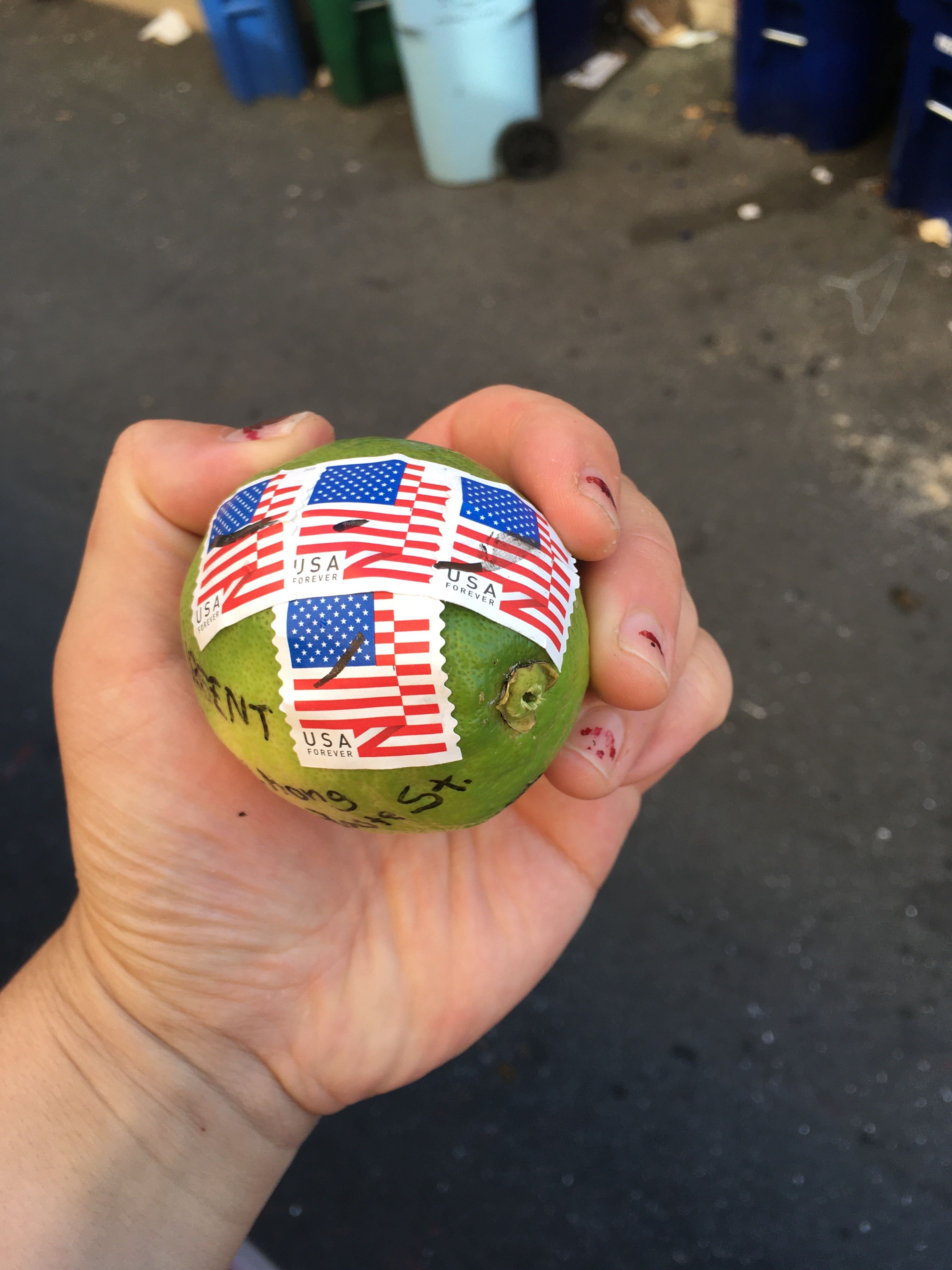 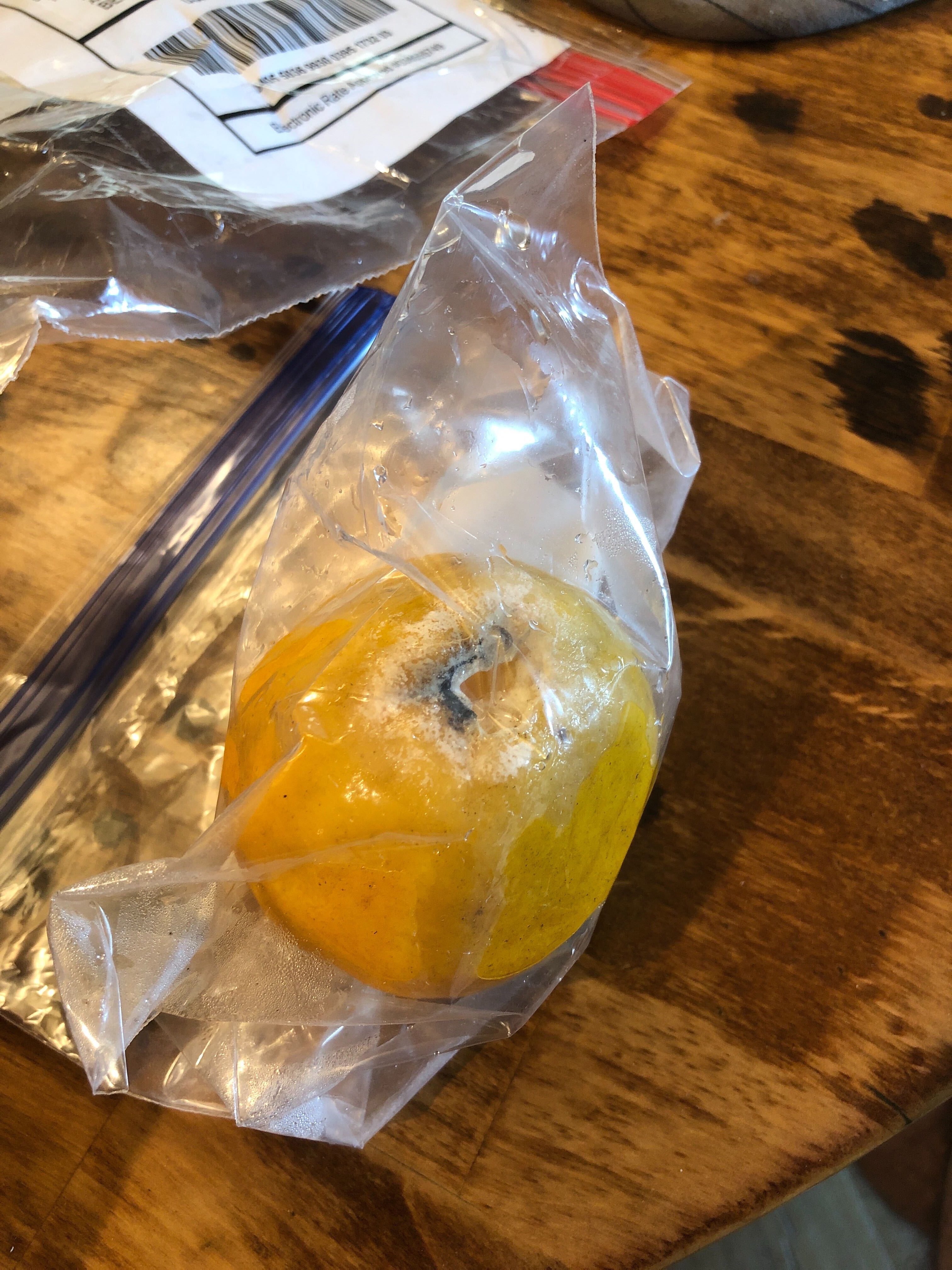 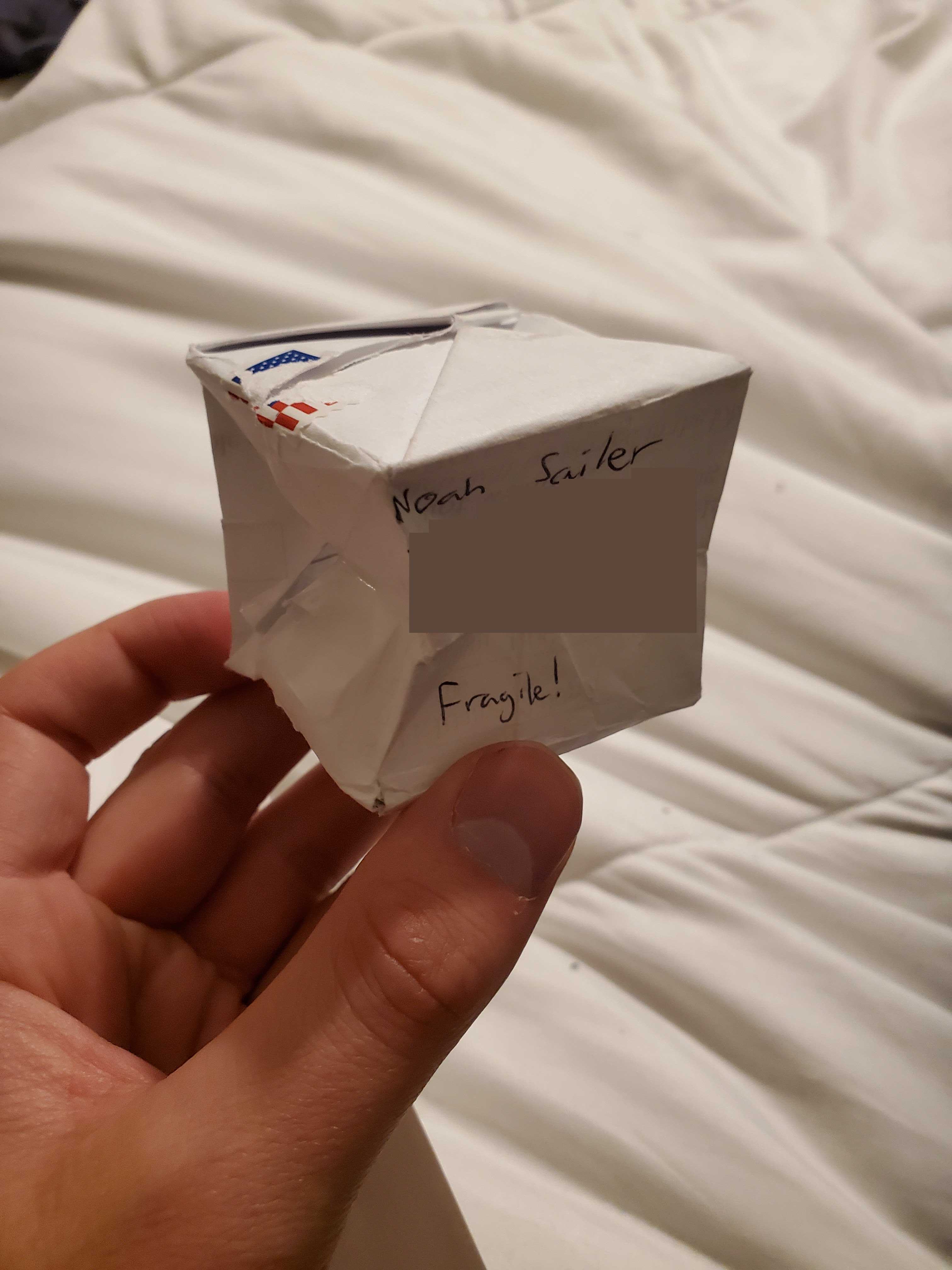 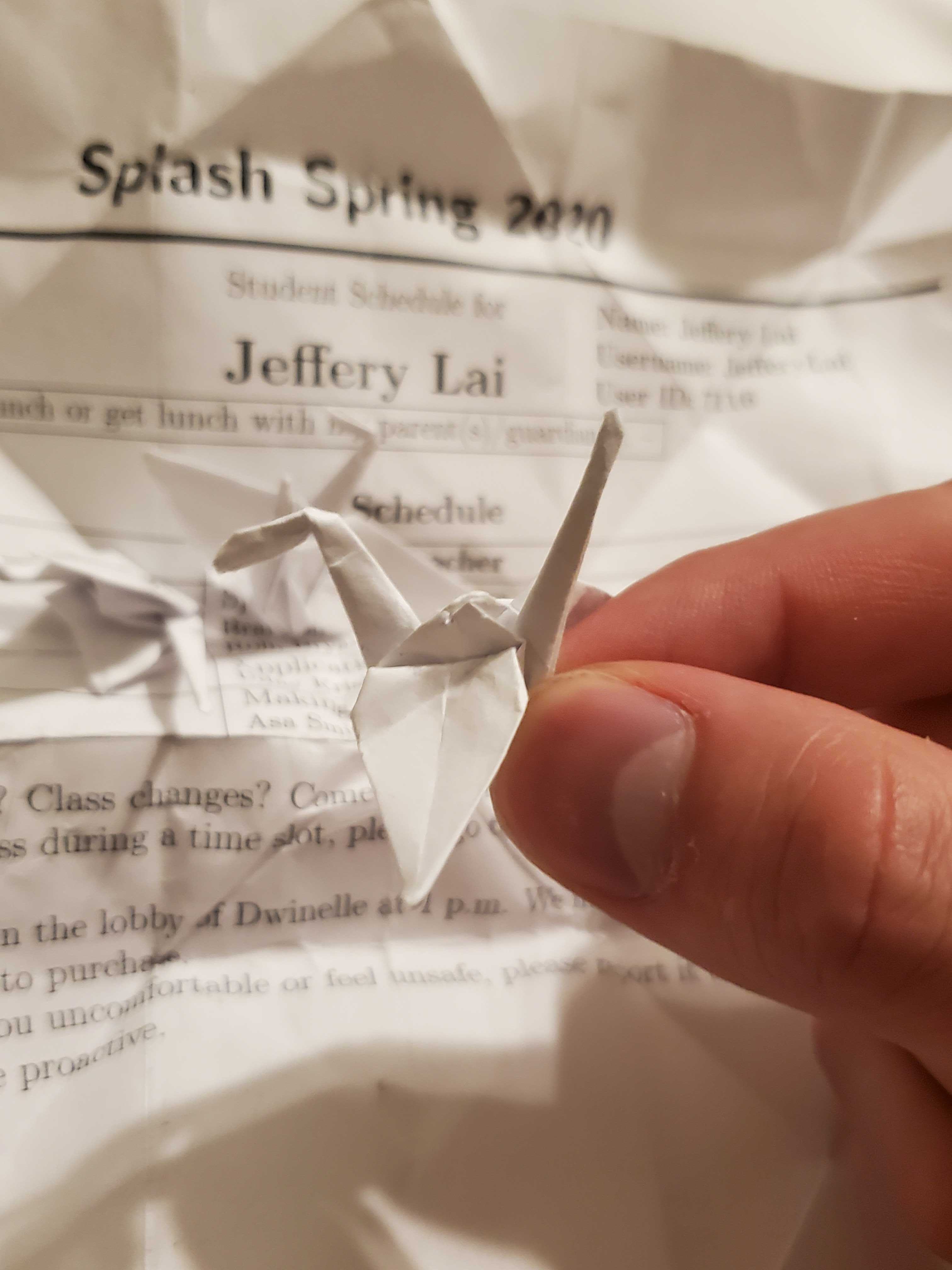 Lone stamp with address and odd message on back 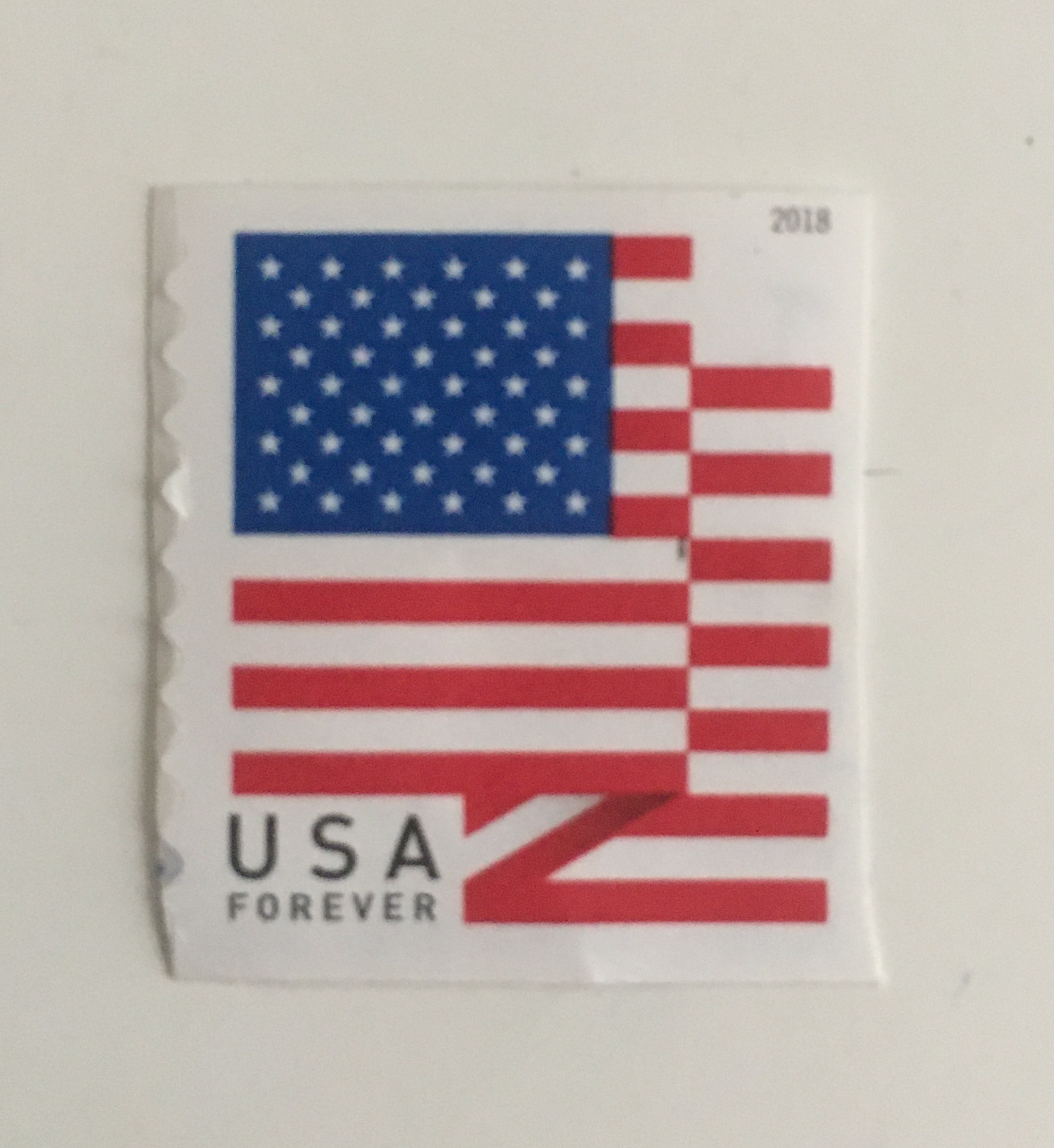 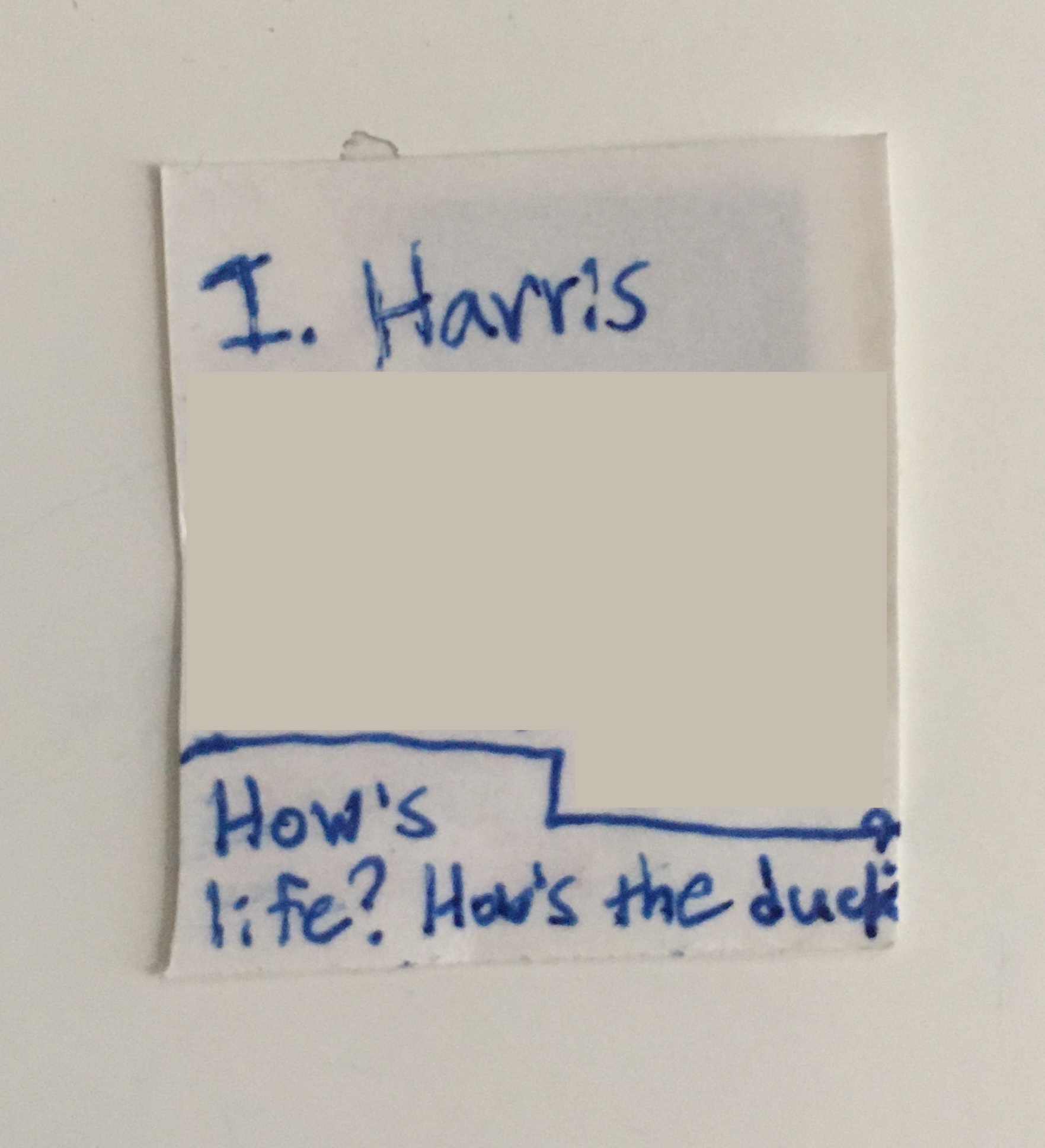 Chicago flag socks with an address and stamps sewn into one

Delivered (credit to Madeline Bernstein for the quality item) 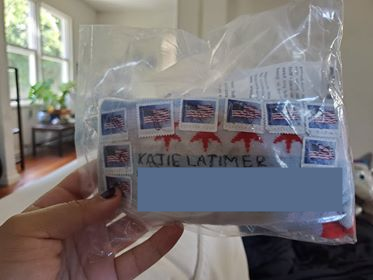 Delivered despite having too little postage. As the postman collected perhaps the best $2.55 I’ve ever spent, he made it clear with his manner that he’d never seen something like this and wasn’t going to miss the chance to make fun of it 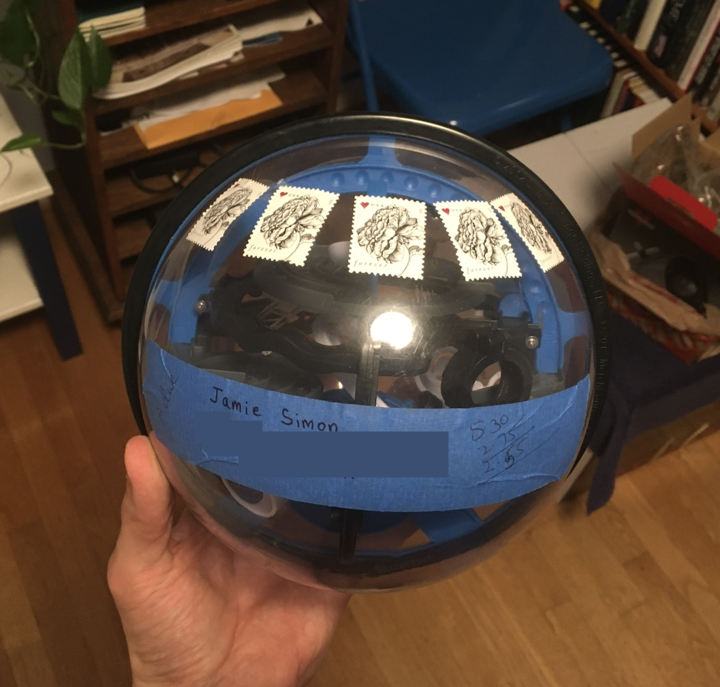 There are a few clear conclusions we can draw from these experiments. First, the sheer probability of the postal service delivering something weird is shockingly high. Second, they’re more likely to deliver something when there’s no way to give it back to the sender - the mint box was refusable, and my single dollar had a return address, and both failed, while almost nothing else risky had a return address. Third, though object ridiculousness wasn’t very correlated with success, the apparent value of objects was - the ball maze, socks, and hand sanitizer all have some obvious use, while the celery, jam lid, and single glove don’t. A natural combination of these conclusions is that the postal service will probably deliver anything weird they can’t return as long as it seems important enough. I’d bet you could mail basically anything - a seat cushion, a balloon, a constantly-beeping speaker - if you permanently attached it to something that looks like a bill with no return address.

The USPS’ experiments will continue, but I’d love to hear from anyone else who’s tried pushing the envelope of the postal system. Please tell me of your experiments by writing a message on the exterior of a full-size replica of a blue public mailbox and mailing it to the Berkeley physics department.